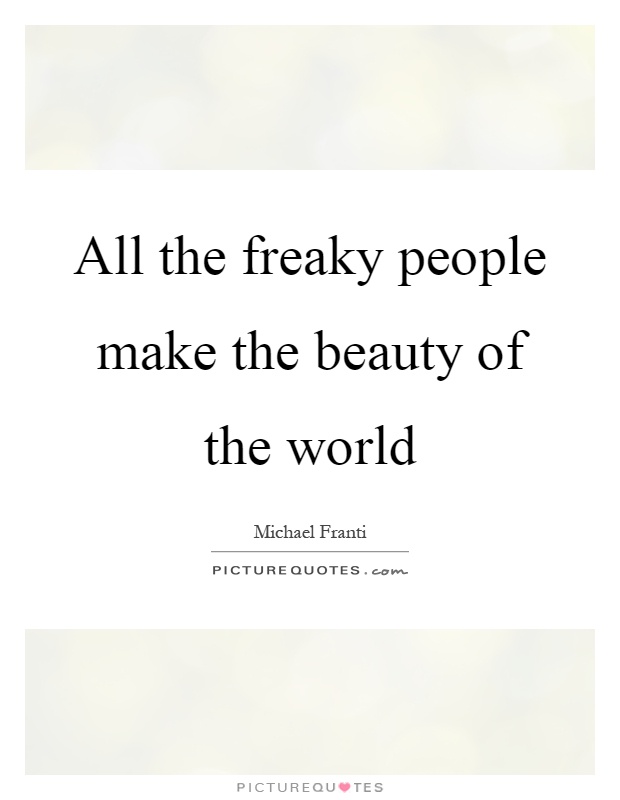 25 Freaky Quotes-There is a freak in every person it just takes a right moment and the right person to bring that out. People tend to behave all sophisticated and classy when it comes to presenting themselves. But when the real side comes out, we do realize that not everyone is sane. There could be one or the other thing that could freak a person out. Below are some Freaky Quotes to freak some more or less.

The quote tells about the rightness of having freak people in your life. If everyone remains sane and controlled then the whole world will become monotonous. To maintain the balance in nature it is necessary to have some freak people around. The freak people gives and edge to human nature and make the living on earth more interesting and happening. People feel it is not a classy thing for the people to be a freak but I say everyone has their own beauty. There is no use of comparing everything among everyone.

“All the freaky people make the beauty of the world.” Michael Franti

“I do believe in ghosts. Freaky things will happen, and I’m like, ‘The wind didn’t do that! Some spirit did’.” Devon Werkheiser

“I’m ultimately a widow and a single mother, who’s not even getting to be a mother right now. I am so alone, it’s freaky.” Courtney Love

Quotes About Best Friends And Sayings

“Most people don’t go to work and beat up a 13-year-old. It’s a really freaky thing.” Katee Sackhoff

“In school the kids thought I was freaky because I made straight A’s and daydreamed a lot.” Shelley Duvall 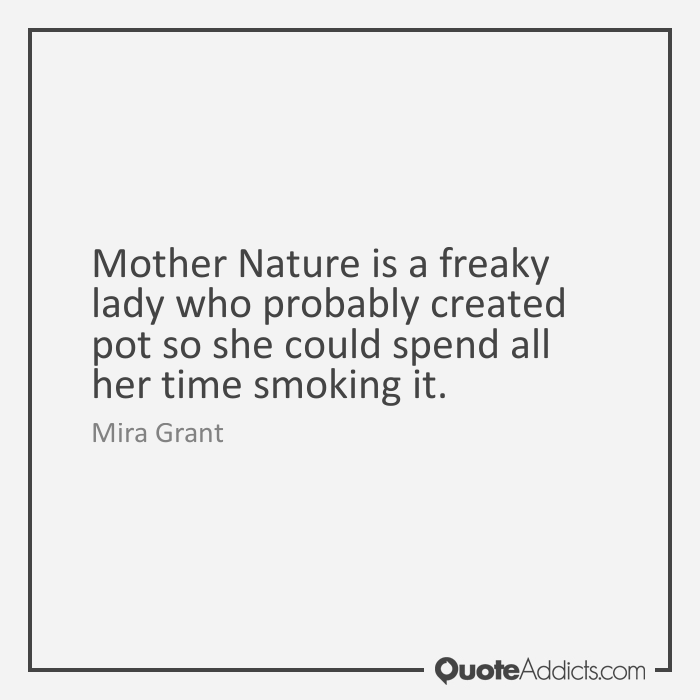 “A lot of what inspired many musicians is celebrating differences, and people relate to that – more people feel like the unpopular, freaky one than the one in the in-crowd.” Sophie Ellis Bextor

“Touch is a freaky thing when you’re not used to it. It makes you feel all kinds of things.” Neal Shusterman

“That thing about being an icon, the fifth Beatle, I just found it so freaky.” George Best

Know Your Worth Quotes And Sayings

“That is the freakiest thing that ever happened to me.” I nodded toward the mess. “And if you knew my life, you’d realize just how freaky that is.” Patricia Briggs

“Freaky monsters were trying to kill us,” Sabrina said. “Should I have just died out there so you could keep your clubhouse secret?” “Absolutely!” the prince said.” Michael Buckley

“It would be so weird if we knew just as much as we needed to know to answer all the questions of the universe. Wouldn’t that be freaky? Whereas the probability is high that there is a vast reality that we have no way to perceive, that’s actually bearing down on us now and influencing everything.” George Saunders 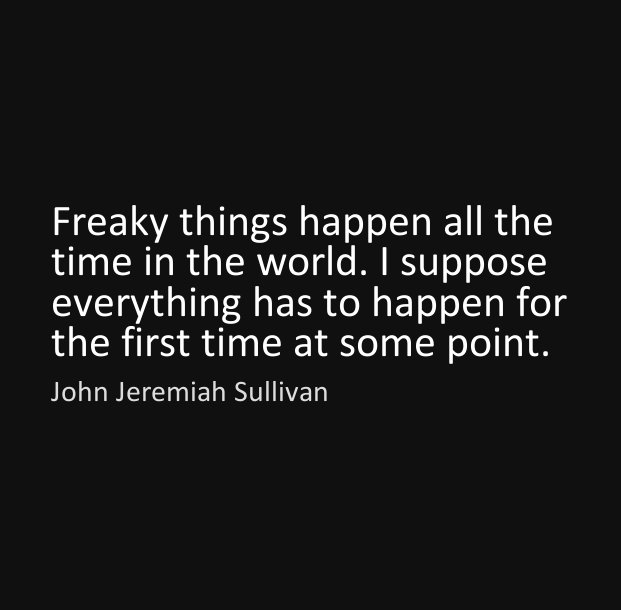 “Mother Nature is a freaky lady who probably created pot so she could spend all her time smoking it.” Mira Grant

“Where am I and doing what? You might well ask. Freaky chick, you say? You can’t imagine. I am priestess of a sandcastle in a land of dust and starlight.” Laini Taylor

“I’m the freaky version of that superhero who says, wherever there is injustice, I shall be there. Whenever there is a difficult project, I’d like to be there.” Guillermo del Toro

Quotes About Lies And Sayings

“It is just a very freaky experience when you go to the movie theater and you see it for the first time. In close-up you see those eyes. There are little touches here and there that I recognize as myself. The process is fun.” Antonio Banderas

“I’m living the life I always dreamed of living. From the time I was a youngster I wanted to be a celebrity. It’s a great life. The only bad thing is that people are more interested in your personal life than they are in your work and it’s freaky.” Jennifer Lopez

“The older I get, the more I realize I’m becoming people’s role models and that’s freaky to me. That’s not what you intend to do when you set out to be a musician, to be a little 14-year-old’s role model.” Ingrid Michaelson 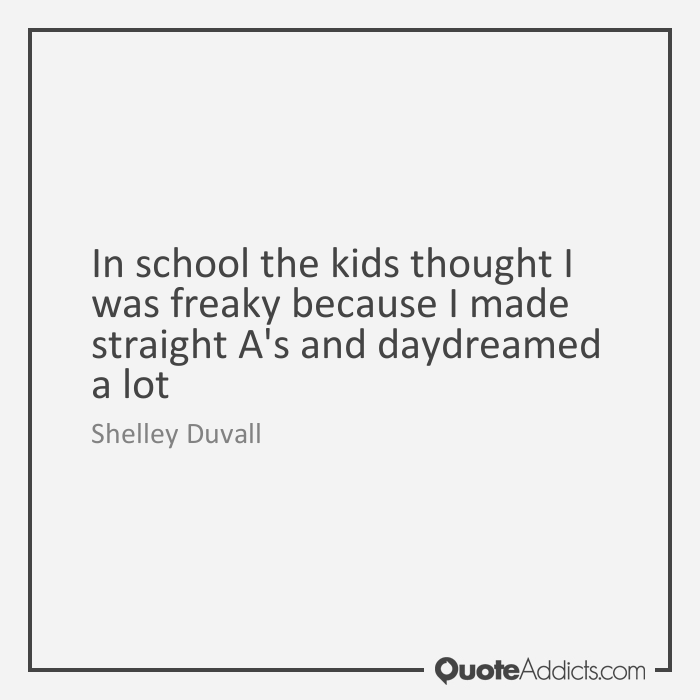 “What people notice about [when they are on] LSD is either what’s right or wrong with themselves or how freaky the world is.” Terence McKenna

“I have crazy claustrophobic dreams, weird elevator dreams where the elevator closes in and all of a sudden I am lying down – oh my God, it’s a casket. Just freaky stuff like that.” Dave Grohl

“If something comes up that is completely freaky, it’s spiritual-looking to the scientist, the first explanation is not going to be that it’s God, because the history of that has failed. It would have to be, like, the hundredth explanation.” Neil deGrasse Tyson

“I remember when I first started to be photographed, people couldn’t understand how it was possible to go around with no eyelashes, no eyebrows. Now it’s much more accepted for people not to wear eyelashes or lipstick or whatever they do, but then it was quite freaky. Um, a kind of boiled look.” Tilda Swinton

“In the Arctic, things are already getting freaky. Temperatures have warmed three times faster than the global average.” Jeff Goodell

“Freaky things happen all the time in the world. I suppose everything has to happen for the first time at some point.” John Jeremiah Sullivan

“I’m one of those freaky people that actually reads books.”  Jason Momoa

Not everyone is a freak by nature some of them freak in hobbies. The quote depicts that shades of freak people. It’s not necessary that people show their freakiness by acting weird, some of them love to read, write or hear music making them different from other people. Being freak could be one of the qualities of a person giving them an advantage over other people who feel being normal is the only relevant thing left. 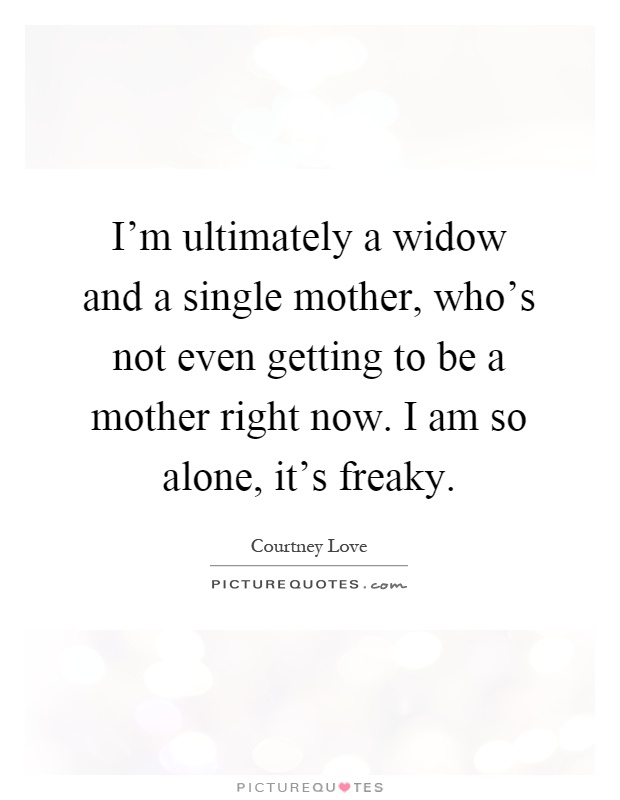 The author of the quote is telling a beautiful thing here. The quote clearly says there is nothing wrong in being a freak. People has painted a picture of a freak as an insane person trying to do things. But if another side of the coin is seen then freak people are unique. Not everyone has that quality of being unique. Freak people are special, they could cheer you up when you are sad. They could bring tears to your eyes by doing certain things that a sane person would also not do.

Above quotes give some of the insight about freak people. The quotes depict the uniqueness of the freak people and tell that they are not what everyone thinks them to be.

Good Night Quotes : Image result for Beautiful quotes for a new week with...